My truck’s clutch was reported as slipping by the guys who borrow it to deliver firewood. Afterwards, they admitted they’d been trying to tow their sawmill out of their yard when it went. Turns out Ford designed the Transit with a rubber flywheel, so that had to be replaced at the same time. More firewood deliveries caused a slave cylinder to fail soon after; no-one took any responsibility for that one, either. All better now. Had an extra battery wired in parallel so the chances of flattening it when using the crane are reduced. 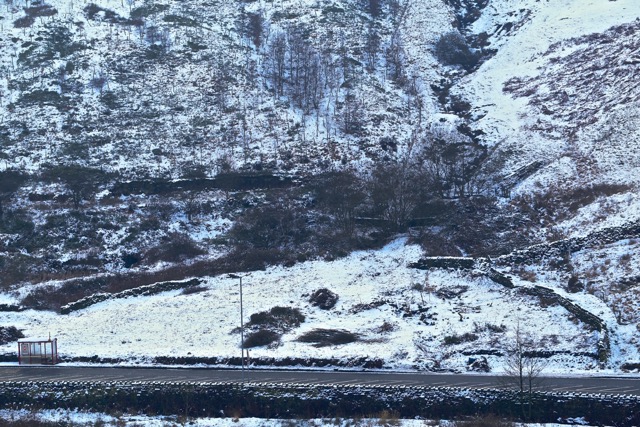 I have just finished clearing t’Other Bit, the third of an acre we have over the road, next to the pub. There’s now a nice stack of willow poles which I can use to make hurdles necessary to block fence-holes as they appear. A couple of large piles of bramble shoots, too, though I haven’t discovered a use for those. Perhaps I could scatter them in areas where we need a bit of a thorny barrier; every one of them would take root, given half a chance. Pity the damned deer didn’t eat them while they were down, yesterday.

Chris and I mounted an alpine-style expedition to extricate the blue, 100-litre plastic bucket that was wedged in a waterfall above this field, spoiling all of Warland’s view. Without the aid of oxygen (just) I got Chris two-thirds of the way up, to where I could use his recently-gained body weight to lever the stone-filled eyesore out of its crevice in the rocks. Many others have tried; I have one failed attempt, to my shame; but now the bucket is gone. It was such an established attraction to the eye that early reactions were not good. I have applied small dabs of blue enamel to the windows of those who complained too loudly. It was odd to be working in full view of the neighbours and Monica.

The builders are also renovating the pub, converting it into a dwelling. My delight has been to extract hundreds of cans and bottles from the brambles within the builder’s range. The whole field shows continual dumping of tyres, mysterious bags of stuff and dodgy builders’ waste from many years. When we have the fence up and the trees planted, I’m sure we’ll get complaints for ruining the natural look of the place. All is vanity!

Monica is crawling through our finances for a couple of weeks because the Tax Office has decided we should submit returns here as well as in Australia. She’s a hero for keeping those tasks away from me so that I can play lumberjack.

One of our more near-sighted neighbours couldn’t comprehend that Hunters doesn’t have Warland as its subject and insisted on trying to guess the work’s age from her memory of the changes since it was painted. I’ve printed her a copy so that she can continue puzzling over it. The ultimate trick would be to get a painter of Tony’s calibre to create a composite from the two pictures; wouldn’t that be fun?

Accidentally bought some wooden pattern-makers’ planes from Old Tools. Bastards keeping e-mailing me their latest findings and my finger refuses to press the Delete button. These items are from the collection of a guy who wrote a book about planes and they have his markings on them. I’m sure they’ll be a winning investment, one way or another.

I haven’t done much in the workshop while the planting season is upon us. On the truly inclement days, I have managed to clear the desks upstairs in the Shippen, mainly so that I can use the loft as a potting shed for the hundreds of seeds I bought from Martin Crawford in October. Being ignorant, I have failed to get their stratification onto a proper schedule and I’m months late with some. I hope I can keep the problem seedlings in pots over next winter and plant them out in 2016, inshAllah. If my ignorance doesn’t present further mishaps, this round of propagation should populate the shrub and herb layers of the old FG. A few bullaces have already gone in, based on the superb flavour of the one near Tony. I must lop off a few cuttings when we visit. 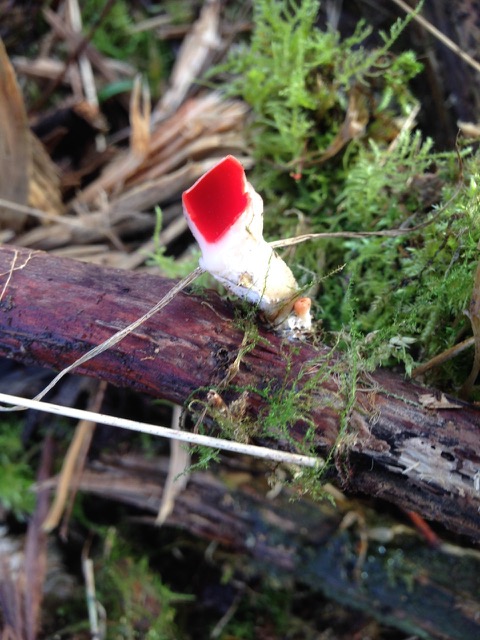 Trad Cotter’s book on Mushroom propagation is whetting my appetite for the sub-soil layer’s exploitation. Did you know that truffles’ scent is the plant’s way of ensuring animals dig it up, eat it and then spread its spores to better sites than aerial dispersal could achieve? Even mice and voles will seek them out, which has me thinking that just one or two truffle-inoculated hazels could start their spread. There were lots of interesting growths in the rotting willow on t’Other Bit. Ralph and Ashley cut it back decades ago and many of the logs are just fruiting. I must identify all those mushrooms to see if there’s anything local that I can eat. I munched some frozen Jew’s Ears this morning; he wasn’t happy about it, though.

We have the Drawing Room back in use. Monica hasn’t progressed with its renovation but I have moved my Quad 33/303/ELS stereo back in and the fire works well, so I’m happy enough. It’s lovely to be able to escape from the telly and the bad language Monica uses to get through the tax forms.

The Farm has become a staging post for stuff that can’t get up the icy hill. One of my benches is covered with abandoned parcels and there’s a Porsche Cayenne—the ultimate four-wheel-drive—loitering in the yard because the owner is too scared to take it any higher up the road. One of the hobby farmers has kindly driven his tractor up there, polishing the icy surface so that even he had to reverse down and leave his animals hungry this morning.

Last evening, we walked down to the road to meet Kevin who took us into the Beeb in Manchester to see a live production of the radio anti-quiz, “I’m Sorry, I Haven’t a Clue”, with Barry Cryer, a couple of Goodies and the rest of the usual crew. We think it was a rehearsed repetition of some of their favourite radio moments with a few ad-lib sections. Fun, but it kind of detracted from the experience we enjoy on the radio. At least we understand the rules of the game Mornington Crescent, now. Still, it’s good to know we’re unlikely to ever get really cut off from such civilised entertainments. We can always walk down through the fields if our road is too icy.

We have new Warlandians moving in a in a couple of weeks. Five or six places are on sale and a couple of them have sold. My next job, today, is to start preparing some welcome packs. If we do this right, I hope we can persuade at least some of the new residents to join us in a bit of community spirit. When I mentioned this to Ralph, he said it might put people off the place if they thought there were Do-Gooders up the road. I’ll always remember his unique and final insult.